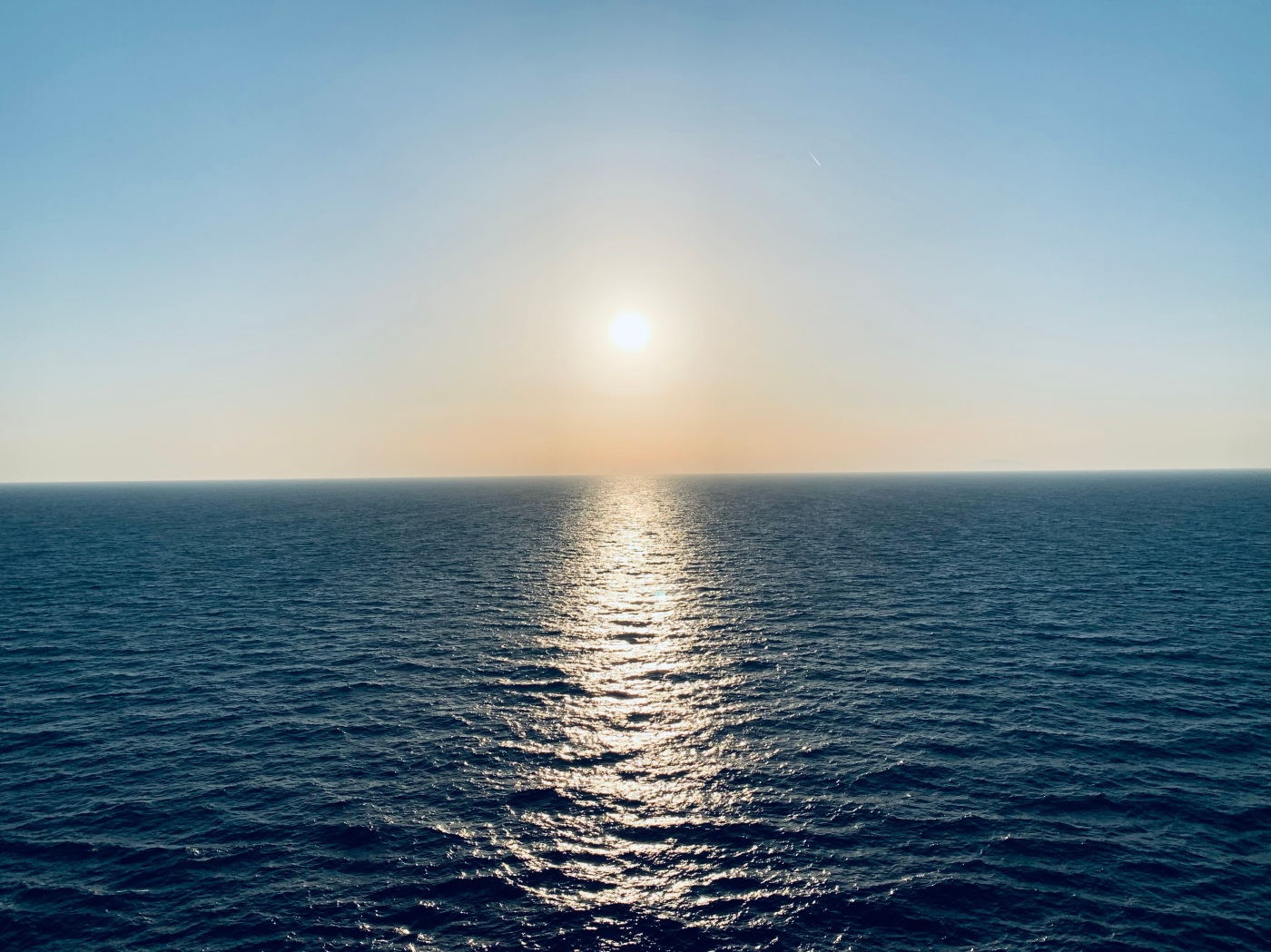 It was finally time for our honeymoon! Our wedding had been a month prior in the springing beauty of April. The lingering emotions of that day played in our minds for weeks, slowly transforming into an exuberance for our trip that was increasing overwhelming. A 10-day Mediterranean cruise in the temperate month of May was in our forecast. The anticipation for an adventure together was palpable in the air, stirring an internal frenzy of dizzying emotions. On the day we left our home, excitement and eagerness filled our lungs, as well as a hearty dose of anxiety about flying and meeting deadlines. After an exhausting sprawl through the labyrinth of airports, securities, an overnight sleepless flight, taxies, and check-ins, it felt like we could finally breathe as we made our way onto the docks. And so, our voyage began on a monstrous ship departing out of the Port of Civitavecchia near Rome. A crisp, clear day unfolded as the land slowly receded from our view and we found ourselves in an infinite expanse. The sea beckoned us, and we followed its call. Our adventure had begun!

The Mediterranean is a deep, piercing blue. It is vast and expansive, punctuated by mountainous islands, daunting volcanoes, sprawling beaches, jagged cliffs, and fleeting coastal towns. On a foggy morning looking out at the water at the distant islands teasing in and out of existence, I can’t help but dream about all of the mythologies that spawned from these waters. I dream about all of the imaginings of humans throughout the centuries, the sea like a muse, helping give life to heroes and monsters. The drama of the cliff faces and foggy mountains echo the drama of its history. I imagine sailors of old passing by these same islands, their distant aura of mystery is a blank canvas for the human mind. The distant islands spin the imagination like a colossal whirlpool out of an adventure book. They summon the wanderer within you, almost in a feverishly lustful way, like the way a Siren might draw you in.

Moving past an island is a hell of a thing. The constantly shifting vantage points create a bounty of different perceptive angles, and as the lighting changes and new dimensions emerge and details are fleshed out, it feels as if the islands are an animal, alive and breathing, dancing with the sea. They appear as the fallen bodies of gods, perhaps slain in some ancient battle, now offering us respite from the sea. We build our white-washed houses on their corpses. Their stories are the bedrock for our own dreams, giving us steady structure and solid ground to plant our feet amidst the infinite, turbulent blue of this sea of consciousness. Moving through this enchanted sea and breathing in its essence fills me with thought and wonder.

This site uses Akismet to reduce spam. Learn how your comment data is processed.